Where is Treasure Island? 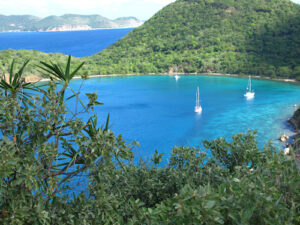 That question has been asked ever since Robert Louis Stevenson published his Treasure Island book in 1883. The answer to that question has now been discovered by Outer Banks, NC author, John Amrhein, Jr.

In 1750, fifty-five chests of silver pieces of eight were stolen from the Nuestra Señora de Guadalupe, a Spanish galleon owned by Captain Juan Manuel Bonilla. From Ocracoke, North Carolina, the treasure was carried to the West Indies where most of it was buried on Norman Island, a deserted key in the British Virgin Islands.

Robert Louis Stevenson published a fictional tale of adventure about an expedition to an unnamed Caribbean island to recover a treasure that had been buried there in 1750. The map that was in Stevenson’s Treasure Island was drawn by him and his father and is probably the most famous treasure map in the world. In the story, the map was discovered in a dead pirate’s sea chest by a young teenager named Jim Hawkins. Guided by the map, Stevenson’s remarkable cast of characters sails the Hispaniola to the Caribbean in the hopes of recovering the treasure. Who hasn’t heard of Long John Silver? He is more famous than the author himself. 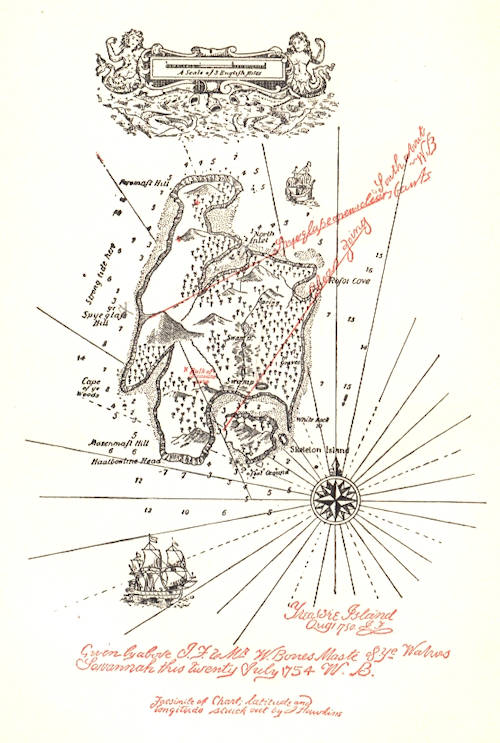 Robert Louis Stevenson’s map of Treasure Island (left) said thetreasure was buried August 1, 1750.It is unlikely just a coincidence as his great grandfather lived a short while before he died at St. Kitts. St. Kitts is where Owen LLoyd’s inlaws maintained a sizable sugar plantation. Pieces of eight dated 1750 circulated around the Caribbean after the Norman Island treasure was recovered. (Right) 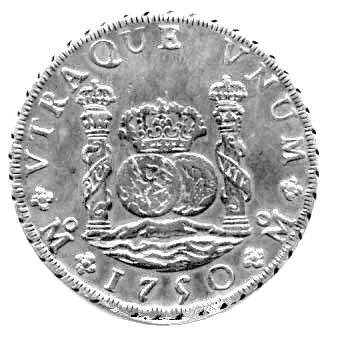 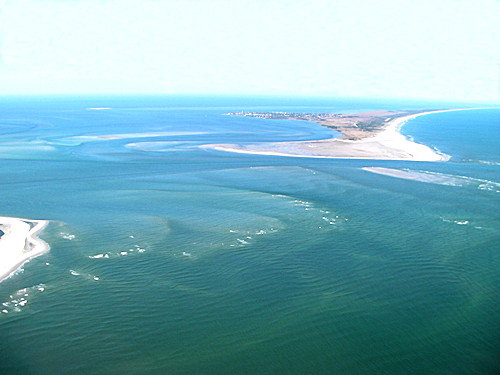 When Captain Juan Manuel Bonilla’s galleon was towed into Ocracoke Inlet by Owen Lloyd and his one-legged brother, John, two merchant captains from Hampton Roads, Virginia, Bonilla breathed a sigh of relief believing his troubles were almost over. But they had only just begun. It soon became obvious that his treasure was in danger from different directions, including his own crew rising against him. Bonilla hired two English sloops to carry his rich cargo to Norfolk, Virginia, and then on to Spain. He hired the sloop, Mary, from Perth Amboy, New Jersey, Captain William Fitz-Randolph, and the Seaflower, Captain Zebulon Wade, from Scituate, Massachusetts.

After the sloops were loaded, locked and secure, Captain Bonilla left for New Bern, North Carolina, to meet with Governor Gabriel Johnston. Owen and John Lloyd had already hatched a plan. Owen went aboard the Seaflower and John aboard the Mary. They convinced the sloop captains that they could sail away with the treasure when the tide and wind were right.

On October 20, 1750, the conditions were right. But at the last moment, William Blackstock, a one-eyed Scotsman and his cohorts, William Dames and Charles McClair boarded the Seaflower and tried to take control but Owen Lloyd held firm. During the confusion in the getaway, the Mary ran aground. The Seaflower was pursued by the Spanish in their long boat but they could not catch up before the Seaflower cleared Ocracoke Inlet. Owen sailed for the Virgin Islands but John Lloyd and the others were captured. John Lloyd later escaped and returned to Norfolk, Virginia.

A Treasure, a legendary priest, and a miracle

On August 18, 1750, the Nuestra Señora de Guadalupe had left Havana, Cuba, for Cadiz, Spain, with a cargo valued at nearly a million pieces of eight. She had come from Veracruz, Mexico, where she had loaded her precious cargo. The Guadalupe had just completed another historic journey: she had delivered twenty Franciscan priests from Spain, one of whom was the legendary Father Junipero Serra, who, through a miracle, saved the ship, her passengers, and her crew from certain doom on the feast day of St. Barbara. Father Serra went on to build nine mission churches in Southern California, leaving us with San Diego, San Juan Capistrano, and San Francisco, among others today. Without this miracle, no treasure would have been buried on a deserted Caribbean island in 1750. One hundred and twenty-nine years later, Robert Louis Stevenson, an almost unknown writer at the time, stood before his grave and was moved to tears as he marveled at the devotion of his Indian converts and Father Serra’s mission work at Carmel, California. Stevenson published a plea to save the mission church of St. Charles Borremeo immediately after his visit. Two years later, having returned to Scotland, he wrote his immortal tale, his first real success. Treasure Island would never have been written but for the blessings of Father Junipero Serra the century before.

The Guadalupe anchored in Teach’s Hole at Ocracoke, North Carolina, for her historic rendezvous with destiny. Just after the hurricane, Owen and John Lloyd, two respected merchant captains from Hampton Roads, Virginia, had departed for St. Kitts unaware of the detour their lives were about to take. Their sloop sprung a leak and diverted to the safety of Ocracoke Inlet where they encountered the disabled galleon.. It was at this same location that the notorious Blackbeard had been killed thirty-two years before. But Blackbeard had to take a back seat to what was about to take place: the two brothers, who had been ravaged at the hands of the Spaniards in the recently ended King George’s War, exacted their revenge on the galleon and sailed away with the treasure on a sloop called the Seaflower—a haul that outdid that of the legendary pirate.

The aftermath of this dramatic event left the embassies of four European nations engaged in diplomatic conflict over the piracy perpetrated by Owen Lloyd and his peg-legged brother, John. Seven governors dipped their hands into the contraband treasure, helping themselves. In the Caribbean, the islands of St. Thomas, St. Croix, Anguilla, Antigua, St. Eustatius and St. Kitts, the island where Owen Lloyd was headed to revel in his treasure haul, would remember this dramatic event for years. Only twenty-four years later, the great grandfather of Robert Louis Stevenson, died at St. Kitts, his life cut short as he pursued his own fortune.

Now, after nine years of investigation by an international team of researchers, Treasure Island: The Untold Story takes us back to Treasure Island just as Stevenson did in 1883. Only this time, it’s not doubloons and pieces of eight that are uncovered but rather an incredible tale that up until now has remained buried in the dust of time.