St. Eustatius. A Dutch island just north of St. Kitts which was a great trading center for Caribbean produce in the 18th century. Owen Lloyd and some of his crew fled here from St. Kitts to avoid capture, only to be discovered by Governor Johannes Heyliger and imprisoned on Fort Oranje and sentenced to hang. Lloyd made a daring escape and fled to St. Thomas. 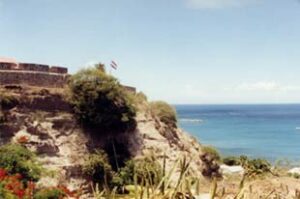 The Fort overlooking the Caribbean

Saba. A small Dutch island west of St. Eustatius. Several of Owen Lloyd’s crew were apprehended here along with their share of the treasure and taken to St. Eustatius. They also escaped with Owen Lloyd.

Antigua. This island was the seat of English government in the Leeward Islands and is located southeast of St. Kitt’s. Some of the treasure recoveries were coordinated at this island.

Montserrat. A volcanic island located south of St. Kitts. Because of rumors that Owen Lloyd had stopped here, English authorities investigated here for more of the stolen treasure. 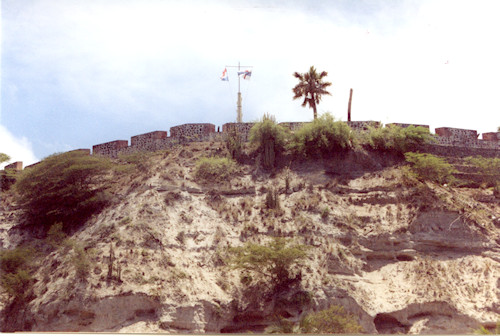 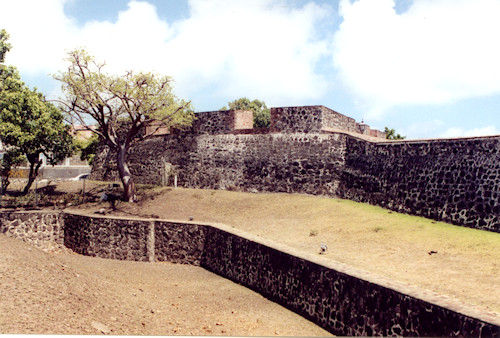 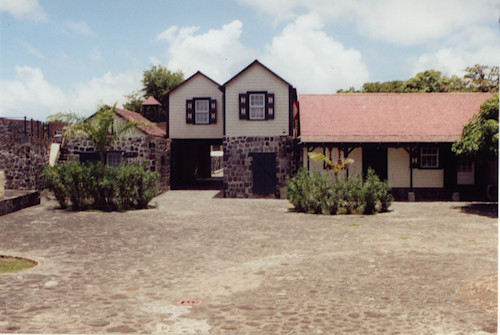 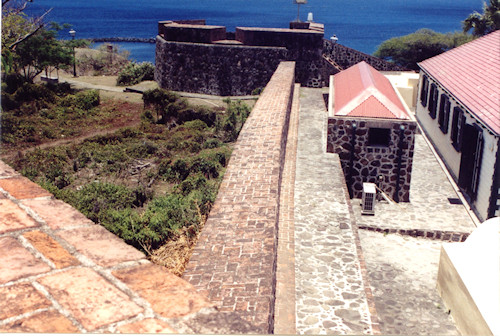